The unprecedented energy crisis the EU is facing demands urgent action. Here you’ll find the measures adopted under REPowerEU to reduce gas demand and their impact on companies. 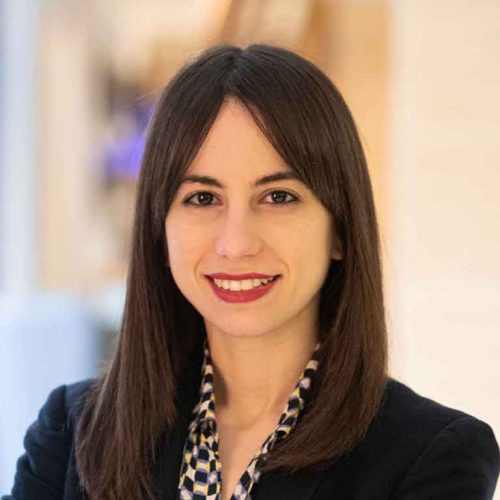 Back in February 2022, Europe saw the start of a sharp decline in its gas supplies, and a consequent dramatic rise in gas and electricity prices. Energy security is key to economic growth, and the Commission therefore made it a priority to reduce the EU’s dependence on Russian fossil fuels. It unveiled the REPowerEU Plan in May 2022. Since then, it has taken a series of emergency measures to address the energy crisis. Here’s what they could mean for you and your company.

The most important priority to ensure that the EU can get through winter is to ensure gas reserves are well stocked. Last June, the Council issued Regulation (EU) 2022/1032 on gas storage, requiring all Member States to fill their gas storage sites to at least 80% by 1 November 2022 (and 90% in subsequent years). This target has already been achieved ahead of time.

However, even full gas storage sites are not enough to cover a full year’s gas demand. Last August, therefore, the Council approved Regulation (EU) 2022/1369, establishing a voluntary gas demand reduction target for all EU countries, lowering each country’s national gas consumption by 15% between August 2022 and March 2023.

Member States are free to choose how they achieve this as long as they do not affect protected customers, including households, or essential services, such as hospitals and defence establishments. However, the Commission suggests that priority should be given to:

The Council also has power to make the 15% gas reduction target binding if voluntary measures are insufficient to reduce gas demand.

Energy security is key to economic growth, and now the EU’s priority to reduce the EU’s dependence on Russian fossil fuels.

Exceptions to the rule

Some EU countries have been granted exemptions from these measures, particularly Ireland, Cyprus and Malta, which are not connected to other Member States’ gas networks. Countries still connected to Russia’s power system (such as Estonia, Lithuania, and Latvia) can ask for an exemption if they are desynchronized from Russia’s grid.

Member States can also request derogations from the 15% target. This might happen, for instance, if they can prove they have limited interconnection with other EU countries. For example, Spain and Portugal have already announced that they will only reduce their gas demand by 7–8% on these grounds.

National authorities can also exempt particular sectors and customers from the gas demand reduction measures. This might happen to avoid disruption of critical supply chains (like food), or potential long-lasting damage to industrial installations if they stop operating (such as textile, pharmaceutical, chemical, glass and steel plants).

Electricity prices have hit record highs during 2022 because of the gas supply crisis. This, in turn, has increased inflation in the EU (up to 10% in September, the highest in the history of the Euro), putting even more pressure on companies and citizens.

To control electricity bills, EU energy ministers adopted an emergency Council Regulation (EU) 2022/1854 at the end of September establishing a voluntary target of 10% reduction in gross electricity consumption and a mandatory 5% reduction during peak hours from December 2022 to March 2023. Member States are free to decide how they will achieve these targets.

EU energy ministers also agreed to introduce a maximum price cap (of EUR 180 per megawatt-hour) for electricity generators that do not use gas, and a binding solidarity contribution on the fossil fuel sector to tackle excess financial profits made during the last few months.

In early October, the Commission announced additional planned measures, including price caps on gas imports and on the use of gas to produce electricity, and additional funding for renewables.

The REPowerEU Plan sets out a broad outlines of measures to prepare for the risk of a full shutdown of gas supplies. Concrete actions to reduce gas demand and electricity consumption and reduce energy costs are set out by all EU countries in their national emergency plans.

Most Member States are focusing on financial incentives to promote energy reduction and fuel switching (to renewables and other less carbon-intensive options) by industry. They also aim to protect businesses from high energy bills. Some countries, such as Spain, have already introduced lighting and temperature restrictions for commercial and public buildings. Others, such as Germany, will require companies to ensure that the energy efficiency of their buildings’ gas heating systems is checked regularly.

What to expect next from REPowerEU

If there is a severe gas shortage, the measures adopted under REPowerEU may not be enough. If so, gas rationing is likely to affect businesses in all EU countries. Companies are advised to start looking for ways to reduce their gas and electricity use. This might include turning off lights at night, decreasing lighting and temperature during the day, or improving insulation.