Fit for 55 package: Our top 5 proposals to watch

From changing the EU emissions trading system to increasing renewable energy, here are key changes Fit for 55 could bring to your business. 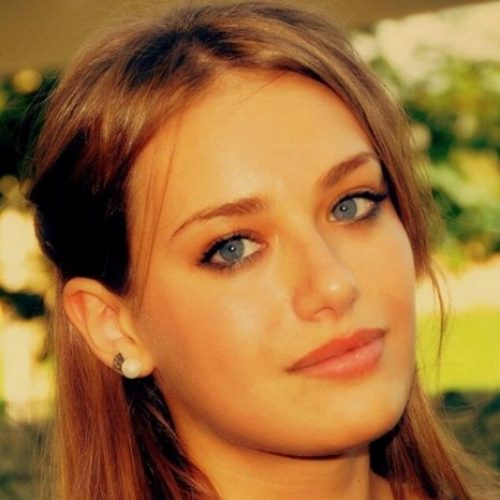 The famous Fit for 55 package is packed, so to speak, with potential change. Through its diverse range of proposals for new directives, regulations, and amendments, this collection of policies is poised to bring big changes for businesses operating in the EU. So where to look first? Read on to learn about some of the package’s most impactful proposals.

What is the Fit for 55 package?

“ [..] We knew at the time that the Climate Law is just a framework. If we want to abide by the Climate Law, we have to have a plan that will get us to at least 55% reduction by 2030. Fit for 55 is exactly that [..]. With these words, the Executive Vice-President Frans Timmermans explained what is the legislative “legs” to make true progress with the European Climate Law.

In fact, where the European Climate Law has set the EU ambitious target of cutting emissions by at least 55% by 2030 (to achieve climate neutrality by 2050), only the intertwined policies and measures of the Fit for 55 package shape the actual roadmap to those goals. Released in two batches, in July and December 2021, the “Fit for 55” package of proposals incorporates a number of initiatives involving the EU climate, energy, and transport-related legislation, which, all combined, are meant to transform the EU into the first climate neutral continent.

Fit for 55 proposals to keep your eye on

Starting with 13 cross-cutting proposals and evolving from there, the Fit for 55 package can be hard to follow. Here’s a taste of what’s could be coming your way in these top 5 to watch:

The Effort Sharing Regulation (ESR) was adopted in 2018 with the objective to ensure that all Member States contribute in a fair and just manner to EU climate action. To this end, it sets national targets for air emission reductions from road transport, heating of buildings, agriculture, small industrial installations and waste management. And on top of that, it also ensures that Member States with higher GDP per capita have higher emission reduction targets.

In order to meet the new 2030 climate goal, the Commission proposes an increase of 11 percentage points to the existing target of a 29% emission reduction. Meaning that the EU would reduce emissions under the ESR by at least 40%, compared to 2005 levels.

The proposal also includes the upgrade of Member States’ minimum emission reduction contributions from 2023 to 2030 (compared to 2005 levels), accordingly.

As a result of the overall updated targets proposed by the Commission, if the amendments to the ESR are adopted, you can expect Member States to adopt additional emission limits together with environmentally responsible measures. These could range from the promotion of the use of renewables in heating and cooling systems to the gradual phase out of transport based on fossil fuels.

The EU Emissions Trading System, as provided by Directive 2003/87/EC, is the EU key tool for cost-effectively reducing greenhouse gas emissions. In a nutshell, the system works by putting a price on carbon and then every year lowering the cap on emissions from certain economic sectors (including the energy sector, iron and steel production and processing, and aviation).

As part of the Fit for 55 package, the Commission seeks to (among other things) include emissions from shipping in the EU ETS and create a new autonomous emissions trading system for buildings and road transport. Additionally, the proposal aims to align with the global Carbon Offsetting and Reduction Scheme for International Aviation (CORSIA) and increase the share of allowances auctioned in respect of aviation.

As a result, the EU ETS would apply CORSIA to EU-based companies’ emissions from extra-European flights that depart from or arrive in countries that apply CORSIA. Thus, if emissions from these flights exceed the 2019 levels, they would have to be offset with the corresponding (CORSIA) carbon credits.

While, on the other hand, intra-European flights would remain covered by the EU ETS, all free allowances allocated to aircraft operators would be gradually phased out – with the goal to reach full auctioning as of 2027.

As part of the Fit for 55 Package we can also count on a proposal to amend Directive (EU) 2018/2001 on the promotion of the use of energy from renewable sources. Also known as the ”Renewable Energy Directive”, or “RED”. Here, to help the EU meet its 55% emissions-reduction objective, the Commission is seeking to increase from the current 32% of renewable energy sources in the overall energy mix to at least 40% (further raised to 45% by the more recent REPowerEU plan) by 2030.

Furthermore, the proposed RED would include other cross-sector measures. One example is obliging businesses to indicate the percentage of renewable energy and renewable fuels of non-biological origin used in any industrial products that labelled or claimed to be produced with such.  And they’d also have to ban the use of all biomasses from primary and highly biodiverse forests.

To support the EU’s ambition to combat climate change, the Commission proposes to also address the second-most powerful greenhouse gas: methane, which is just below CO2 in its overall contribution to climate change.

The proposed strategy aims to prevent methane leaks in the energy sector by tackling, for instance, oil and fossil gas, including inactive oil and fossil gas wells, as well as underground and surface coalmines. If adopted, the regulation would establish binding measuring, reporting, verification, leak detection and reduction rules applicable to methane emissions.

These obligations would affect, to name a few, companies performing oil and fossil gas upstream exploration and production, gas transmission, distribution, underground storage, as well as those importing fossil energy from a third country.

To this end, the Commission proposes to update both the scope of energy products as well as rate structures. Specifically, the scope of the taxable base would be extended to include energy products, or uses, that had previously escaped the EU’s energy taxation, such as mineralogical processes. Also, the proposed changes would modify how minimim tax rates are based – moving from volume to the actual energy content and environmental performance of fuels and electricity.

No matter how you look at it, this (non-exhaustive) list of Fit for 55 package initiatives shows that EU industries are about to face some striking changes to their operations. As the International Energy Agency put it, in its Net Zero by 2050 report, “Achieving net-zero emissions by 2050 will require nothing short of the complete transformation of the global energy system”. For companies, doing so will require nothing short of a complete and comprehensive EHS regulatory outlook.

To stay ahead of the transition to climate neutrality, make sure your business is up to date as new requirements come on the scene. Stay tuned for more updates on these and other proposals here on our blog!