The US election: forecasting the environmental agenda under the Biden Administration

From an increased focus on climate and chemicals to a renewed emphasis on workplace safety, here’s our prediction on the next four years on Biden Administration. 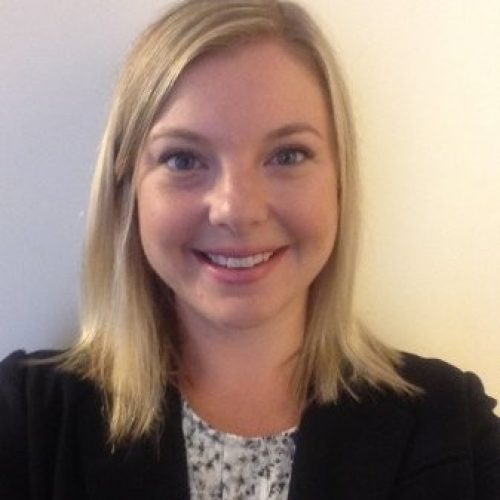 Environmental, Health & Safety (EHS) policy in the United States is a constantly shifting reality as new administrations enter the White House. The contrast between the Trump policies on EHS and Biden’s anticipated approach to policy could not be more stark.

The Biden administration will likely result in sweeping impacts on several areas of environmental regulation, including climate change, chemical management, and enforcement. In addition, the emphasis on health and safety regulations may change and there will be new leadership in the Occupational Safety and Health Administration (OSHA). Given these dramatic changes – which will be rolled out in early 2021 – companies around the globe must be prepared for new regulatory developments and challenges. Below, we break down what we anticipate will be the most pressing issues facing industry stakeholders during the course of the new administration.

The Biden Administration’s approach to the environment

Biden made it clear in his campaign that he will focus on eliminating Greenhouse gases (GHGs) as part of the effort to address climate change. First, Biden said that his administration’s “Day 1” task would be to reenter the Paris Climate Agreement. The United States officially dropped out of the Agreement on 4 November 2020. The Agreement aims at protecting the planet from the worsening impacts of the climate crisis shaped around voluntary commitments reviewed and reassessed every 5 years.

Second, President-elect Biden’s climate plan, which is not as aggressive as some proposed plans (e.g., the Green New Deal), is still the most progressive climate strategy in US history. For example, Biden’s plan proposes to:

Biden also committed to requiring publicly traded companies to disclose climate risks and the GHG emissions in their operations and supply chains. Biden would likely accomplish this by directing the U.S. Securities and Exchange Commission (SEC) to mandate public corporate climate disclosures.

Further, it is expected that Biden will attempt to reverse the actions of President Trump that overturned or nullified several Obama-era regulations such as the Clean Power Plan, which aimed to reduce GHG emissions from the power sector. Other possible topics of climate interest to the new Administration may include vehicle GHG emission and fuel economy standards and restrictions on methane emissions from the oil and gas sector. A Biden Environmental Protection Agency (EPA) would likely work toward returning closer to Obama-era regulations.

Notably, Biden’s impact will likely be limited to actions that the executive branch can take alone, including rulemaking and executive orders. Regardless of which major party controls the Senate, passing significant legislation requires bipartisan support, which is increasingly challenging. It is important to note that some states, like California, are already more aggressively regulating GHGs than the current EPA. Those states, and possibly more, will likely continue to do so in the future, even if the federal regulations do not.

The Biden Administration and chemical management

First, a Biden-EPA will likely take a stricter approach to implementing the Toxic Substances Control Act (TSCA). For example, there could be:

Second, President Trump amended the Risk Management Plan (RMP) to remove some of the Obama-era regulations that imposed more requirements on industry. Because the rule has been updated twice in the past 3 years, it may or may not be amended again soon. But, it is important to note that the RMP regulations could be subject to change under the new administration, possibly reestablishing more of the Obama-era 2017 protections and requirements.

Finally, with a stricter TSCA, industry will likely see an increase in enforcement of chemical management requirements. For example, the Chemical Data Reporting (CDR) data was reported to EPA by companies in November 2020. So, it is likely that a Biden-EPA will use that new data to increase enforcement on companies.

Just like we saw when President Trump took office, it is likely that a Biden Administration will repeal and replace, revoke, or modify several of the environmental regulations that were passed under the Trump Administration. Depending on the leadership at EPA, the likely areas of focus include:

The Biden Administration will likely work to unwind Trump’s actions that weakened nearly 100 environmental regulations. The Department of Justice (DOJ) could change its position in ongoing litigation and ask the courts to remand the rules to the relevant agencies. However, the administration would generally need to initiate new notice and comment rulemakings to reverse the Trump Administration’s rollbacks. Importantly, once finalized, rulemakings will likely be challenged in court, and the new 6-3 conservative majority on the US Supreme Court may impede the ability to issue aggressive regulations in the short term.

Alternatively, Congress can utilize the Congressional Review Act to repeal rules issued within the last 60 legislative days, such as the reversal of the “Once In, Always In” rule that was issued on 19 November 2020 and is effective on 19 January 2021-the day before Biden’s inauguration. Other likely targets for repeal from a Biden administration include, among other things:

During his campaign, Biden called for doubling the number of OSHA investigators to provide for more enforcement of existing laws, standards and guidelines. Biden likely will increase the number of investigators in both OSHA and the Mine Safety Health and Administration.

Further, the Biden Administration likely will begin enforcing the 2016 OSHA Anti-Retaliation Rule. The 2016 amendment prohibits employers from retaliating against employees that report work-related injuries or illnesses. The 2016 rule indicated that automatic post-incident drug testing policies could discourage employees from properly reporting injuries. Thus, companies may want to assess any blanket post-accident drug testing policies they may have and consider a drug testing policy that tests for drugs when employee drug use “could have contributed to the injury or illness (and therefore the result of the drug test could provide insight into why the injury or illness occurred)” among other factors, which would more closely resemble a reasonable-suspicion-based standard [see: The Occupational Safety and Health Administration, Interpretation of 1904.35(b)(1)(i) and (iv), Oct. 19, 2016].

In his campaign, Biden outlined a plan for responding to the COVID-19 pandemic. First, Biden called for a decisive public health response that ensures:

Under Biden, the OSHA rule could be similar to the proposed infectious disease standard that the Obama Administration worked on during the H1N1 pandemic, which was never adopted. That rule would have required certain high-exposure workplaces to implement infection control programs to protect their workers permanently. The plan that Biden laid out seems to focus on requiring health care facilities to implement comprehensive infectious disease exposure control plans; however, it is likely that a permanent bill would also regulate other high-risk industries.

What does this mean for companies?

In general, a Biden Presidency will likely mean that there will be more regulations for industry. A Biden Administration will likely increase climate change-related regulation, with a focus on mobile sources of emissions. There may be increased regulation in the chemical management area as well. Regulated industry can also anticipate more enforcement of environmental laws, including more federal enforcement in state-delegated programs. Companies should consider taking proactive measures to ensure compliance with future regulations, including assessing current environmental compliance and participating in the regulatory process by commenting on any proposed regulations that would impact their operations. Likewise, workplace safety enforcement will most likely be more aggressive under a Biden-OSHA. Finally, under Biden, companies will probably see more regulation related to pandemics at the federal level.