MACT or GACT? It can be hard to know just how to act on the Clean Air Act. Which standard applies and when? We clear the air in this essential overview. 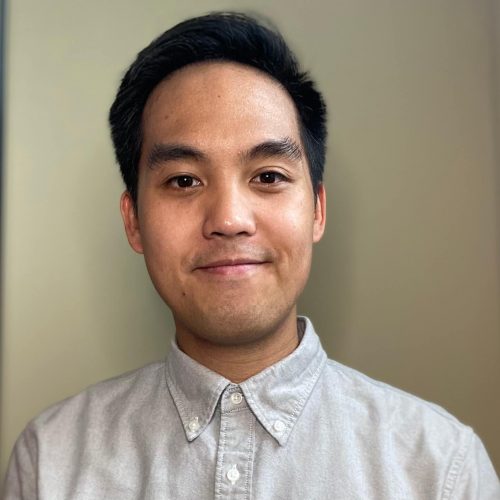 The Clean Air Act is one of the most important pieces of US legislation addressing air pollution. Only problem? Its essential standards aren’t always easy to follow. On one hand, these requirements significantly help reduce (and in some cases eliminate) the impacts of air pollutants with the most serious health effects. On the other, to be compliant, you first need to fully understand which ones are significant to your business. From standards to sources to potential emissions, here’s how to make sense of how this act applies to you.

What are the Clean Air Act standards for hazardous air pollutants?

According to the Clean Air Act, the Environmental Protection Agency (EPA) must establish emission standards based on the pollution controls at the best-performing sources.  These are the National Emission Standards for Hazardous Air Pollutants (HAP), or NESHAP.

EPA issues these standards and requirements based on a facility’s sector, activity-related technology, and HAPs. Specifically, to determine the best-performing sources, EPA looks at the emissions reductions at all similar facilities and averages the emissions at the top 12 percent. What does that mean exactly? Essentially, here’s what happens:

These all come together in 2 series of standards: MACT and GACT.

The primary standards are the Maximum Achievable Control Technology (MACT) standards, which . set the types of equipment or emissions control activities at facilities to reduce HAPs as much as possible. Under the Clean Air Act, EPA can further distinguish them according to larger “major sources” and “area sources,” based on your facilities’ ability to emit pollutants – meaning the maximum potential amount they could emit:

Area source: All other stationary facilities that emit hazardous air pollutants and don’t meet the above criteria.

However, for some of those area sources, there are also alternative, less stringent standards at play. These Generally Available Control Technologies (GACT) standards impose minimum management practices designed to reduce emissions of HAPs, such as physical or operational limitations (e.g., like reduced hours).

When to act on MACT vs GACT?

The “when” comes down to your “what”: the details of your facility. Take for example the MACT standard for Wool Fiberglass Manufacturing facilities. This standard applies only to wool fiberglass manufacturing at major sources. Area sources with the same types of facilities are subject to a less stringent GACT standard (40 CFR 63 Subpart NN).

The MACT standard requires facilities constructed after 2011 to install and operate control systems to limit chromium emissions to .25 lbs per thousand tons of glass for glass-fired glass-melting furnaces – or 0.33 lb particulate matter (PM) per ton of glass pulled. These facilities also face additional emission limits and associated control requirements for formaldehyde, methanol, and/or phenol based on the types of manufacturing lines at the site. All of these reflect the emissions at the best-performing sources engaged in wool fiberglass manufacturing activities. (Remember those 12%?)

Meanwhile, the alternative GACT standard for area sources in this industry has a much more limited focus. This requires only that gas-fired glass-melting furnaces be controlled or operated to discharge no more than 0.25 lbs of chromium per thousand tons of glass pulled.

It’s critical to familiarize yourself with MACT, GACT, and whether they apply – if not only to keep your business aligned with the standards, to also keep up to date with any new developments. Case in point: for the first time since the list was created (in 1990), EPA has added bromopropane as an HAP. At the time of writing this article, no NESHAPs for bromopropane sources have been published. But, they’re coming.

How to know which Clean Air Act standard applies to your facilities?

As you can see, whether your facility is a major or area source significantly impacts how stringent (and how complicated) your obligations with the Clean Air Act are. Yet determining your applicability can be a complicated process of its own.

While each NESHAP has its own requirements regarding applicability, the place to start is knowing 1) whether your facility falls within a source category covered by a NESHAP in your industry and 2) whether it emits enough to be a major source.

NESHAP are organized by source categories, which describe the facilities’ type of processes or equipment, such as the use certain boilers and heaters, or manufacture of wool fiberglass mentioned earlier. Currently, the more than 120 current NESHAPs for source categories are located in Title 40, Part 63 of the U.S. Code of Federal Regulations. Each of these standards includes a section that describes what types of facilities must comply with the standards, along with relevant definitions.

After determining whether your facility is a source category potentially affected by a NESHAP, you must then figure out where it falls within the major vs area source breakdown. The answer lies within your facility’s potential to emit. This is based on its processes, equipment, pollution control, and operations.

Keep in mind that it won’t be enough to have controls in place to be considered an area source.  Any existing limits on your facility’s emissions will only reduce its potential to emit if they are legally required or enforceable. That means control equipment, restrictions on operational hours, or the type of material used or consumed are not considered automatically.

If you’re a major source merely adjusting/modifyng equipment or implementing operational restrictions, you’ll remain a major source. To have area source status using emission controls, these controls must be legally required, such as in your facility permit, an applicable regulation,or a consent agreement.

Keeping up the Clean Air Act can get complicated. Your obligations depend on your standards, which depend on your source status, which depends on your potential emissions. But you can get a handle on this HAP puzzle. Ensure that your tool for managing compliance goes into detail about your facilities’ exact obligations – and has a reliable source for how and when these standards evolve. Once you’re clear on requirements, your business can help do the good work of getting rid of HAPs.